This “substitute” beer, a panacea by Lagunitas for their inability to produce the popular cold-weather seasonal Brown Shugga in calendar year 2011, pours honey gold with a thin white head.  The smell is strong with citrus, grass, and that unmistakable sugary Lagunitas malt.  An expected orangey sweetness on the tongue gives way to a lingering bitterness and warming, slightly peppery flavors.  This is less a traditional “holiday ale” than a semi-“traditional” Lagunitas strong/sweet, high-gravity hybrid ale, like a west coast IPA augmented with mild pepper spice.  Lagunitas Sucks Holiday Ale isn’t too far out of the Lagunitas box, but it grows in intrigue and heat the longer it stays on the tongue. 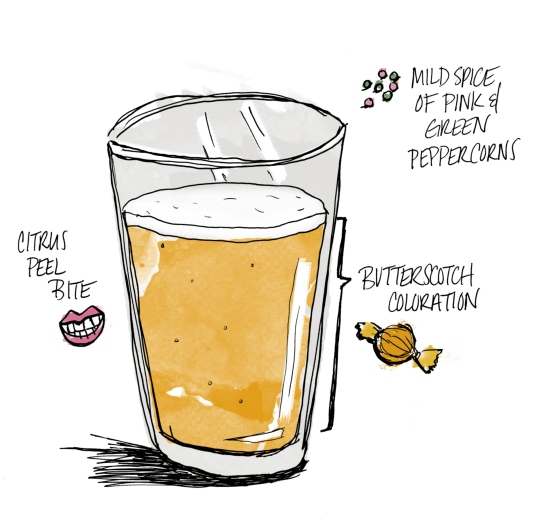