This is the 4th in The Bruery’s series of Christmas beers (the first was “Partridge in a Pear Tree”, the second “2 French Hens”, and so on), and it’s intended to be cellared for up to eight years. That might account for this dark Belgian brew’s notably immature taste, much like an unripe fruit plucked before its time.  It pours a brackish brown color with a minimal light brown head, and smells of gingerbread and savory spices.  A wall of mouth-filling ginger and chewy spice (especially allspice) overwhelms the tongue, giving way to a strong, bitter chocolate aftertaste.  It grows in complexity the closer it gets to room temperature, with molasses and even slight citrus zest entering the picture.  I would love to taste this beer again after it’s been cellared for a few years, when the bakers’ chocolate flavors would presumably settle into something silkier. 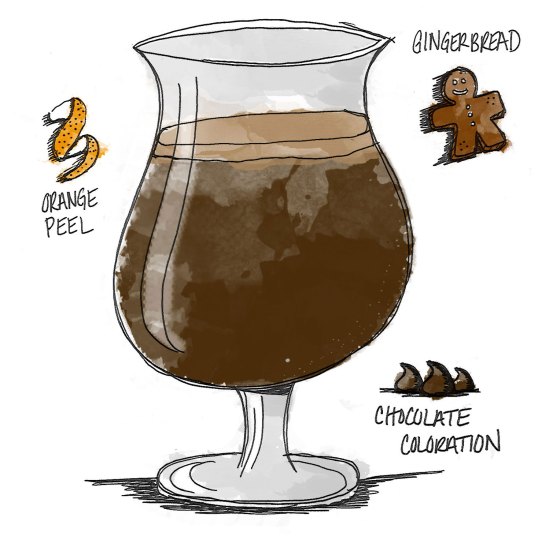