5.8% ABV
Purchased at Target ($12.99/12-pack) as part of the Samuel Adams Brewmaster Series and poured into pint glasses.

Whitewater IPA pours cantaloupe orange with a tight white head, and it has the pungent smell of zesty citrus and apricots.  Wildly bitter grapefruit citrus socks you on the palette, but it eventually mellows into dried apricot and lemon flavors.  It has the light and chewy quality of dehydrated fruit, but I wouldn’t exactly call it a “dry” or “crisp”.  There is intense and bitter citrus in the manner of a hop-bomb IPA, but I wouldn’t even call the flavor “hoppy”.  Curiosity is this brew’s greatest asset, yet novelty (especially the addition of apricots during the brewing process) and relative riskiness aside, Whitewater IPA isn’t a particularly tasteful or interesting beer. 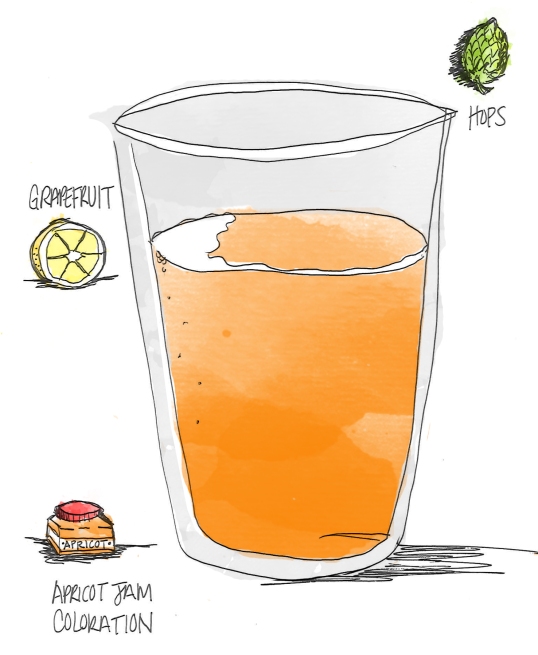