The 2012 vintage of Stone Brewing’s annual “Barley Wine Style Ale” pours a transparent dark orange with a thick body and a minimal off-white head.  Old Guardian’s unexpectedly fruity nose is fairly similar to a prototypical west coast IPA, with just a little wood in the background.  It offers orange candy syrup on the first swallow, gradually getting more bitter and woodsy as that initial sweetness fades.  It’s essentially a hopped-up version of a barleywine – a thick mouthfeel, the taste of barrel wood, some brown sugar, plenty of hops, and a mild alcohol burn on the retreat.  This brew is very drinkable and delicious for fans of strong beers, but with all the complexity and muscle you’d want from an American barleywine. 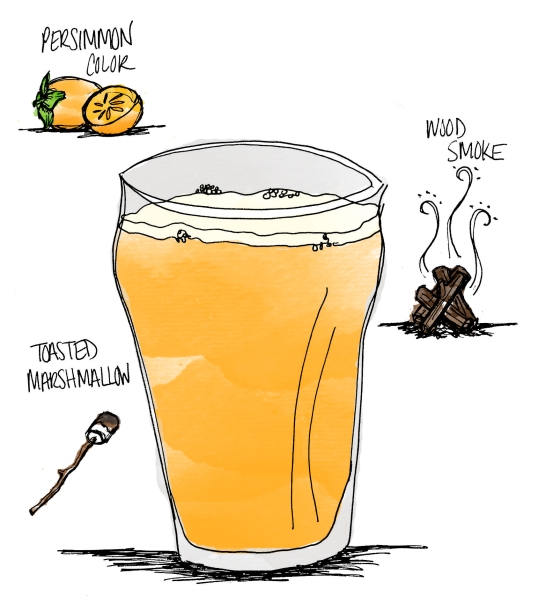