Salt Lake City-based Uinta’s Anniversary Barley Wine Ale pours a ruby-brown with a fairly substantial tan head.  It offers a surprisingly delicate nose of pine needles, barrel wood, and a little tropical fruit, not quite the expectations for an American barley wine. There are more piney hops here and less of the syrupy sweetness common to this style of beer, with touches of raisins and brown sugar, although the expected fermented wood flavor edges in on the long and warm finish.  Anniversary Barley Wine Ale has sweetness and strength, but it’s refined and mellow, sneaking up behind you rather than attacking you head-on.  (4 toasts). 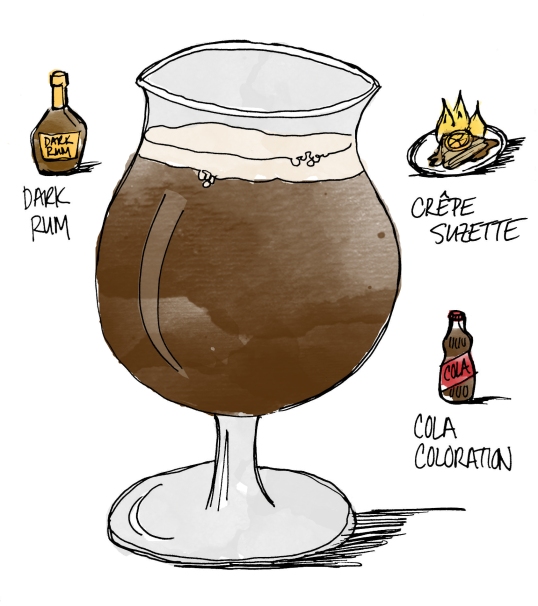