7.2% ABV, 65 IBUs
Purchased by beer sherpa Matt S. in the State of Michigan and served in taster glasses.

This highly lauded IPA is from Grand Rapids, Michigan-based Founders, a brewery that rarely if ever makes an appearance on Sacramento-area taplists and bottle shop shelves.  Their Centennial IPA – named after the brew’s primary hop source – pours a deep honey gold with a minimal eggshell-white head.  Big citrus and floral notes come off the nose, but it’s still a more restrained aroma than one would get from a West Coast IPA.  The first swallow offers a mixture of citrus and rye spice up front, a fantastic frosted hops flavor in the magnificently dry middle third, and a polite wallop of pine resin and citrus peel on the impressive finish.  Centennial IPA is a beer that tells a story, going through numerous phases and hitting several different notes, all of them true. 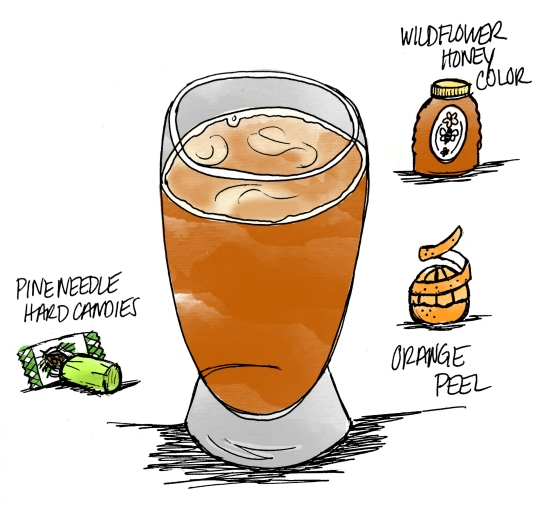