Archive for the tag “Ron Burgundy”

This “barley wine aged in oak bourbon barrels” is from Coronado Brewing in San Diego, which of course in German means “a whale’s vagina.”  Old Scallywag pours as silky smooth as the beard of Zeus, a clear and dark maple with a tight tan head.  The aroma is a formidable scent.  It stings the nostrils…in a good way, with waves of bourbon, dried and dark fruits, roasted nuts, barrel wood, brown sugar, and maple candy enticing the nose like a jazz flute solo.  I wanna be friends with it.  It’s delicious on the first swallow, more English than American barley wine, with brown sugar sweetness, wood bitterness, and a bready texture dominating up front, and ending as clean as a nice pair of slacks.  Some apple and tea enter the picture as the beer rests on the tongue, and the overall effect is not unlike a wood-fired apple pie drizzled in scotchy scotch scotch. Beer drinkers assemble! 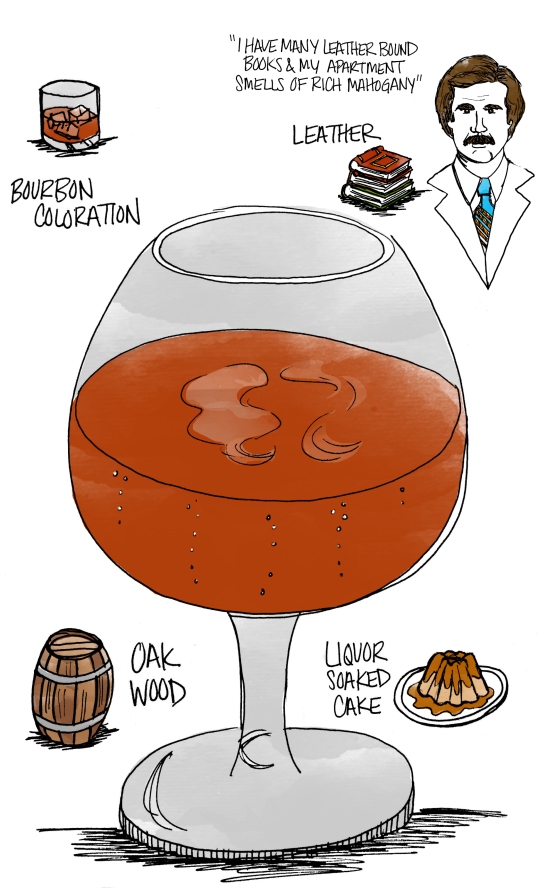