This Lips of Faith collaboration between Colorado legends New Belgium and Montreal-based Dieu du Ciel! – brewers of the excellent Solstice d’Hiver barley wine – pours a heavily burnished gold with a slight white head.  The strong nose smells of fermented barnyard grains, Belgian yeast, and the hibiscus flowers promised on the bottle.  However, it’s a tart, super-sweet tropical note that dominates the palette, presumably from the addition of feijoa (aka “pineapple guava”), eventually fading into more of those strong, spicy grains.  It’s definitely an original brew, and I have loved other Lips of Faiths beers (including the new Cascara Quad), but it’s also pretty one-note and too sweet for my tastes.  (2½ toasts) 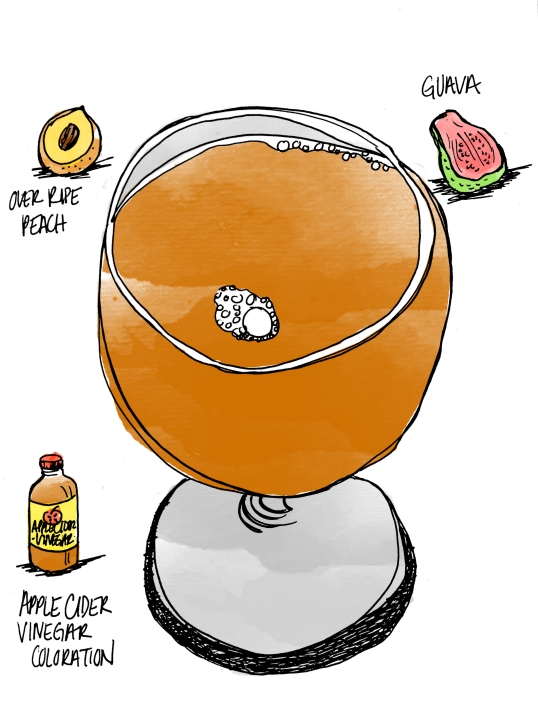